I had never been to Disney World and had always wanted to go but needed to overcome my two main fears:  1) Florida’s heat and 2) amusement park crowds.  What better time to go than late January? It’d be after the MLK holiday but before President’s Day weekend, no school holidays that I knew of, temps in the 70s and the second slowest week of the parks!  We were in!  And then we got there…

The “second slowest week” at Disney World still is a literal 8 out of 10 on the crowd scale.  It turns out that just because American schools don’t have holidays, it’s summer break in the whole southern hemisphere!  Forgot about that!  Oopsie. Turns out, there is no slow time at Disney World! Surprise!

We stood in line waiting for the bus to take us to the park.  Stood in line at the park so they could check our bag.  Another line to check our tickets. Then in line again for breakfast.  We had been in lines for over an hour and hadn’t even made it on a ride yet.

My spirits started to sag early but then we got to the Haunted Mansion and the magic started coming back.  Our stomachs dropped on the Tower of Terror, hair blew back on the Rockin’ Rollercoaster and ice cubes glowed in the Sci-Fi Dine in Theater.  It was a great trip but here are some things I’ll remember for next time. 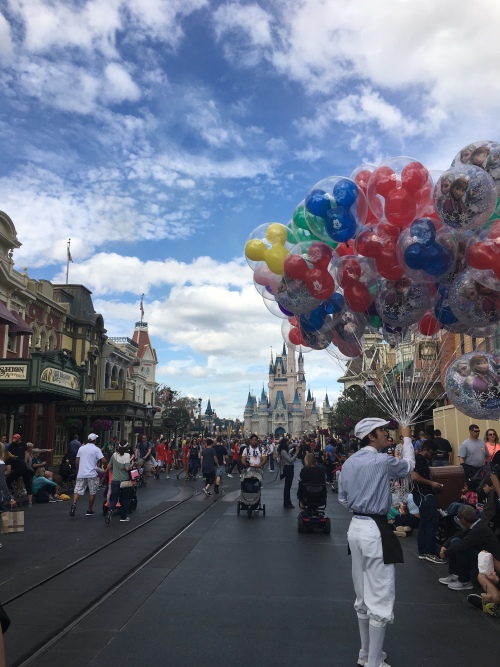 There are blogs and blogs and blogs devoted to Disney’s food, rides, souvenirs, and anything else you can think of.  When I started planning I was nothing but overwhelmed.  I ended up getting some help from a travel agent but even that didn’t prepare me for the pace.

There are A LOT of people everywhere and all are in various stages of crabby.  We walked almost 10 miles every day, were up before 7 a.m. and stumbled into the hotel a little before 10 p.m. each night.  We saw a fight, got soaked when the sky opened up, met a racist bus driver and by the end of it became immune to kids melting down. When we got home to Georgia we didn’t move for two days. 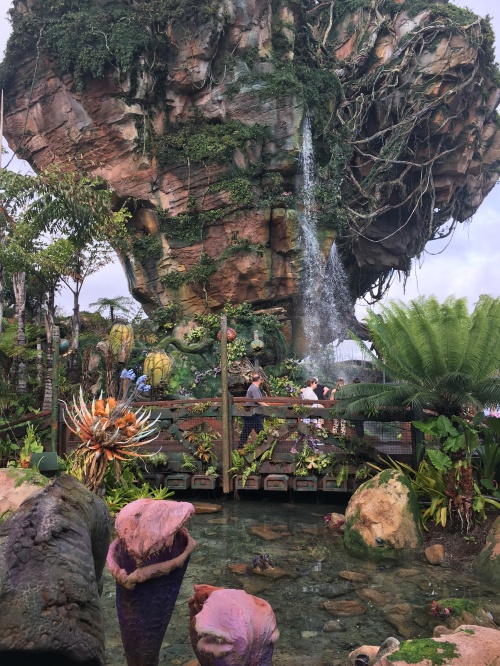 The line for Avatar Flights of Passage was over 3 hours long and rarely got below that.  It is one of the newest rides and illustrated the need for Fast Passes if you didn’t want to wait.  If you stay at a Disney resort you get to reserve Fast Passes 60 days in advance of your trip.  You get three per day but once you use all three you can use the app at the park and see what others may be available.  The Fast Pass gives you an hour window to show up at the ride and you move straight to the front of the line.  Here are a few more things to know: 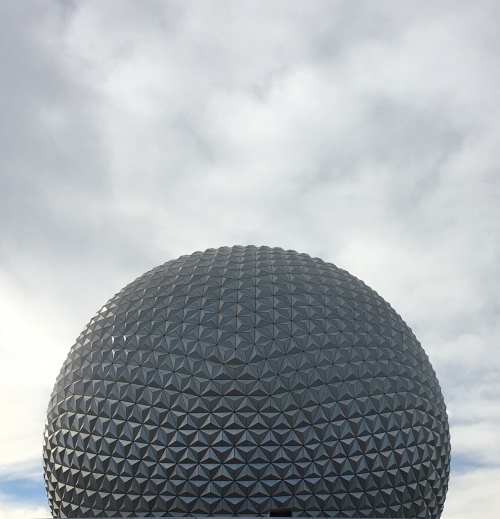 With the (what feels like) two million restaurant options at the four parks, one (namely me) would think that it wouldn’t be a big deal to waltz in and have your pick whenever you were ready.  One (again, me) would be wrong, wrong, wrong. Thankfully I had a travel agent that knew better.  Dinner reservations are necessary.  We’d just grab Starbucks in the morning and one of the “quick dining” options for lunch but had reservations each night for dinner.

#4: Stick to What’s Important to You

This is actually my advice for every vacation, but it somehow holds even more true at somewhere like Disney World.  The park and resorts move you through them in a way that can be hard to deviate from.  A nice dinner or two are my “must dos” on vacation and Stephen had been waiting to ride Tower of Terror for 25 years (the last time he was at Disney World, he saw signs advertising the ride the whole trip from Georgia to Florida only to get to the park and realize the ride opened the day AFTER they were leaving).  To make up for lost time we rode Tower of Terror three times (it was so fun!) and I got my afternoon tea at The Grand Floridian and a private safari with a four course meal.  They were by far some of our favorite memories.

Will we go again?  Yes.  Will it be soon and will we wear matching Disney shirts and lanyards full of pins?  No. Was it exhausting?  Yes.  Was it magical?  Absolutely.

(I’ll post more next week about the restaurants and rides we liked.)

2 thoughts on “The Deer in Headlights Guide to Disney World”

And the three day weekend begins ❤️
It has been a while since we took a little country drive ❤️😍🚗
Holding on to Christmas for a few more days 😍🎄🔥 ❤️
Merry Christmas and Happy New Year as we say goodbye to a very memorable 2019 ❤️
Cookies & Milk, the boozy version 🍪🥛🥃❤️
It’s Santa Mug Season! 🎅❤️☕️
%d bloggers like this: